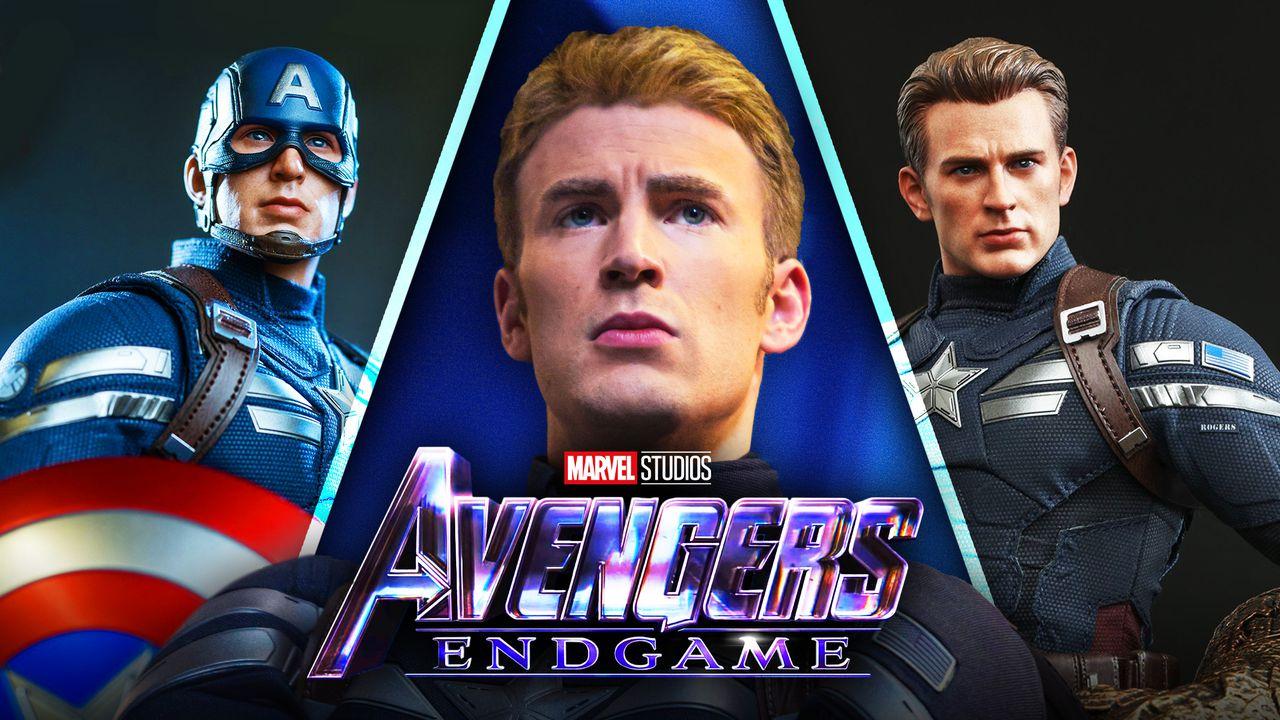 Although the MCU’s Steve Rogers is gone (at least for now), fans fondly remember Chris Evans’ performance. After all, he played the character at least once a year for nine straight years. Captain America’s mantle and shield passed down to Sam Wilson (as seen in 2021s The Falcon and the Winter Soldier) but Steve lives on in the hearts and minds of the fans.

During his last performance, Avengers: Endgame, Rogers rallied what was left of the team to go apprehend Thanos on a planet known as The Garden. It was during this sequence that Steve, presumably without a working Captain America suit, opted to don the navy blue stealth suit he wore in the fan-favorite movie. Captain America: The Winter Soldier.

China-based toy company Hot Toys has been producing high-end 1/6 scale action figures of popular MCU characters for over a decade, and Captain America action figures are obviously no exception. So for their latest release, the toymaker dug into the past a bit.

Hot Toys took to social media to unveil a new action figure offering: Captain America in his blue and silver costume from Avengers: Endgame. Some fans might remember this look from the film’s prologue scenes that take place before the five-year Blip, but when most think of Cap in End of Gamethey think about his final battle costume.

The company previously released a Cap figure in this costume back when Captain America: The Winter Soldier has been released, but this article features several advancements and upgrades over the previous incarnation. Check out the photos below:

The figure comes with a die-cast metal shield.

It also comes with a post-Snap Infinity Gauntlet with all the stones missing.

Cap has over twenty points of articulation.

A breakdown of everything the figure contains:

And finally, a screenshot of Steve as he appeared in the movie with this costume.

The Cap figure above doesn’t even begin to scratch the surface when it comes to the MCU characters Hot Toys has released over the years. And of course, although they sometimes make for a lesser-known character, the company obviously gravitates toward what sells; popular heroes like Iron Man, Captain America and Spider-Man.

Hot Toys is also somewhat notorious for not completing teams with their action figures. For example: They still haven’t made Mantis from the guardians of the galaxy franchise. And the fans begged Hot Toys for years to complement their live-action Justice League list with Cyborg. They finally gave in on this and the figure is available now.

Yet Hot Toys’ sense of quality and attention to detail is often second to none, which would explain the consistently high price these figures sell for!

Marvel Studios’ Avengers: Endgame can be streamed on Disney+ and is available for purchase in a variety of physical and digital formats.

Do toys and games shape who we will become?

10 Toys That Prove Your Grandparents Belonged To A Tougher Generation

The first part of the Andy Yanchus collection of plastic models, toys and more will…

Takashimaya’s children’s department has many Tomica Toys toys and…